Getting Aquanted with the Association

«A horse brought me to the land of fairy tales…»

The therapeutic value of horse riding for people with disabilities was well known to the Greeks as early as the 5th Century B.C. Historians quote Hippocrates as saying, “Riding in clean air strengthens body muscles and keeps them in good form”.

In 1952, Danish Liz Hartel won the silver medal for Dressage in the Helsinki Olympic Games while suffering from partial paralysis of both her lower limbs, caused by polyomelitis; thus becoming the inspiration for the establishment of the first therapeutic riding centers in the U.K. and Scandinavia.

In 1983 therapeutic riding came to Greece thanks to the initiative and work of Aideen Lewis. The Therapeutic Riding Association of Greece (TRAG) was established in 1992, as a non-profit, volunteers’ organization with a solid social goal; one year later, TRAG was also recognized as a sports organization.

Our Association was originally based at the Riding Centre of Goudi but in January 2004 moved to its present premises at P. Kanellopoulou 10, which was was ceded by the Ministry of Defence. Having its own permanent location and proper infrastructure TRAG’s operation grew.  It acquired more horses and expanded its activities, thus becoming a fully operational Therapeutic Riding Centre. Besides the therapy sessions, TRAG developed an educational program for training instructors in Therapeutic Riding and also developed an internship program for students of faculties related to rehabilitation. 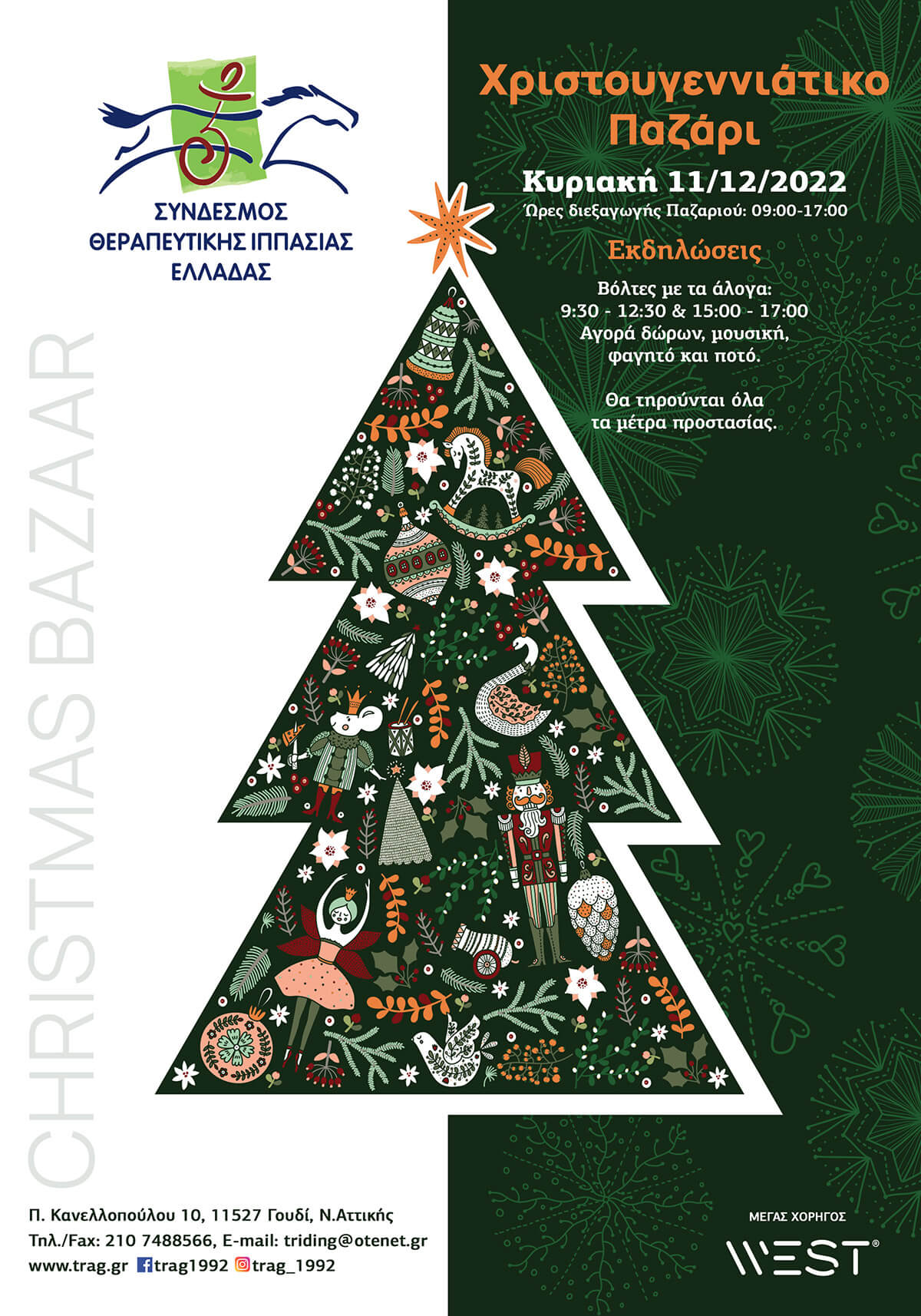